A downloadable AXYZ for Windows

Axyz is a fast-paced multiplayer FPS, inspired by our love for the genre, in which each player can change their personal gravity as they see fit. You'll be able to play as battle androids, as graceful as they are deadly, while they fight each other in an arena without an up, or a down.

In this retro-futuristic universe right from the 80s, keeping your feet on the ground will be your downfall.

So, forget your physics classes, because the only law here, is the laser disintegrator's.

Neons, chrome and lasers to you !

AXYZ was made for a french competition, the Hist Playtime, by six second grade students from Supinfogame Rubika.

Download the .rar then launch the game on a non-Chrome browser (Firefox, Opera...). 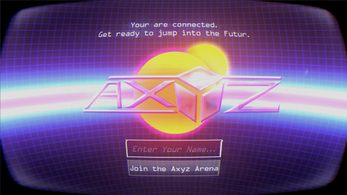 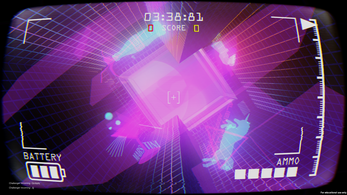 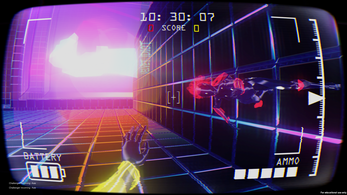